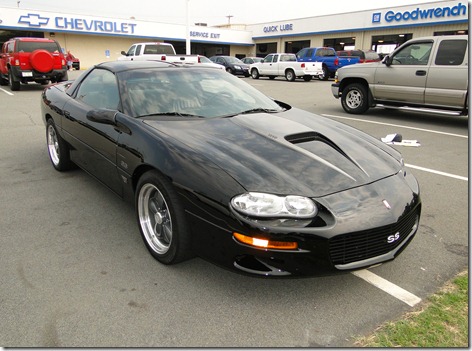 The Intimidator edition Camaro was developed by Dale Earnhardt to be a modern version of the Yenko Camaro. Only 83 cars were made into Intimidator Editions. The first 2 vehicles were prototypes, PR-1 and PR-2. PR-1 was owned by Dale himself and was used to promote his Intimidator line.  PR-2 was originally given to Dale Earnhardt Jr., who still owns PR-2 to this day. The third prototype is a 2002 model that was built for Kelly Earnhardt and she also still owns that vehicle. The remaining 80 were numbered starting with #1.

Of the 83 cars only 22 were able to be signed before Dale Earnhardt’s death. The instrument clusters were removed, signed and put back in place.