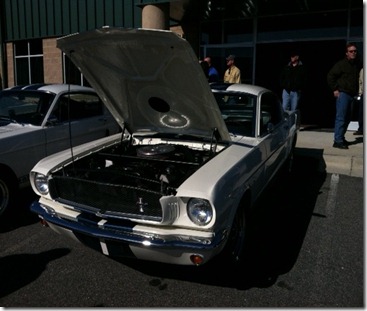 This GT350 has led quite an exciting life.  The original owner purchased this car and used it for daily use, but did not have insurance on it.  It was stolen from him and now all he was holding was a title and no car.

Fast forward 25 years later.  A gentleman purchased this GT350 and began to restore it.  He then went to file for the lost title at which time the car came up stolen.   The police contacted the original owner and he was able to get his car back 25 plus years later.   The original owner did give the person who had his GT350 money to cover the cost of the start of the restoration that he performed.

The original owner is happy to have his car back all these years later and said that having it stolen was the best thing that ever happened in the long run, because otherwise he would have sold it long ago!